The battle for the Ruby Throne begins in Alliance War – an all-new expansion for The Elder Scrolls: Legends! Featuring over 100 new cards, Alliance War is a pack-based expansion set in a time of great conflict – one that could forever change the continent of Tamriel! 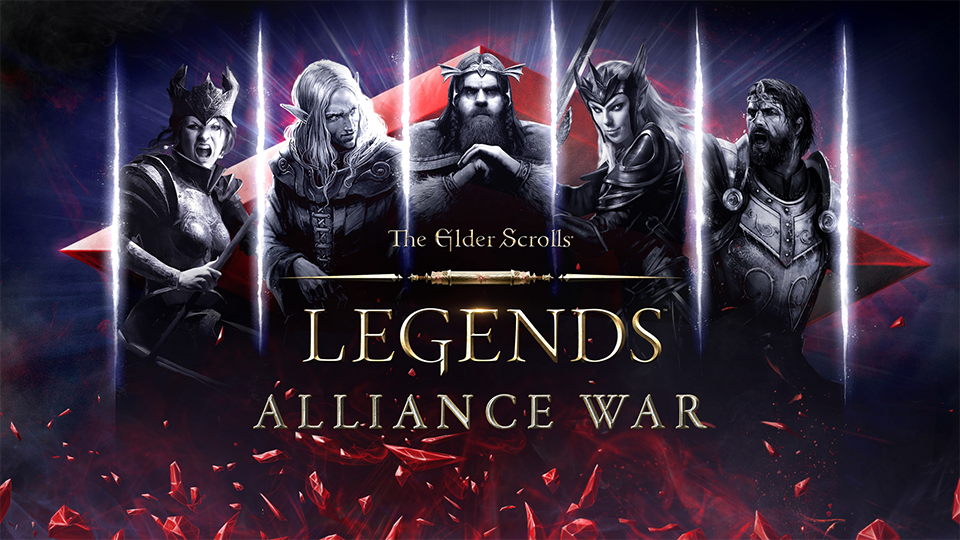 Fight alongside five different factions vying for power across the Empire, each represented by a new three-attribute combination and their own unique mechanic. Will you ally with the Aldmeri Dominion, who empower their abilities through relentless attacks? Or perhaps the Daggerfall Covenant, capable of mobilizing heavily armed recruits at a moment’s notice? The decision is yours… 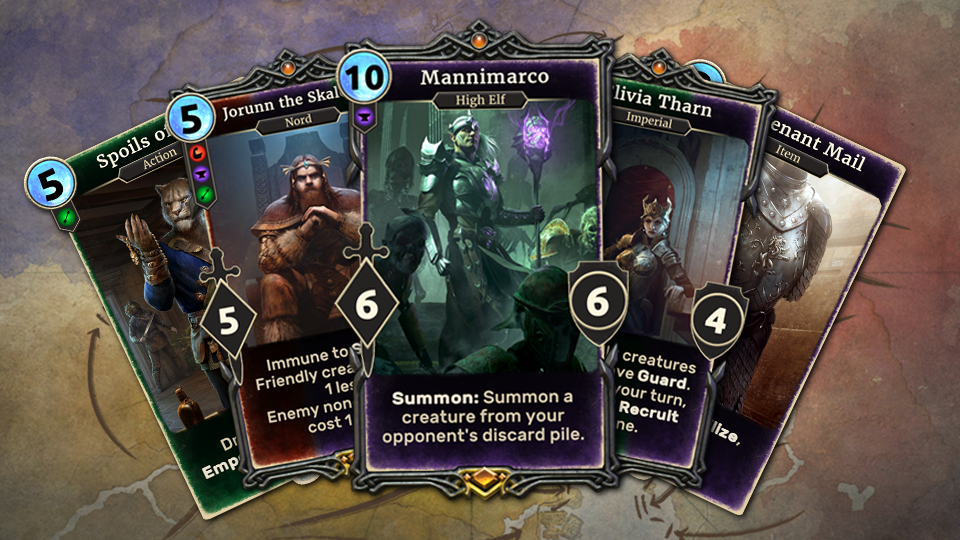 Preorder Alliance War for The Elder Scrolls: Legends starting today for $49.99 and you’ll receive 50 card packs and a Legendary card from the expansion plus the exclusive ‘Warmonger’ title and a premium card back – all made available when the expansion goes live. 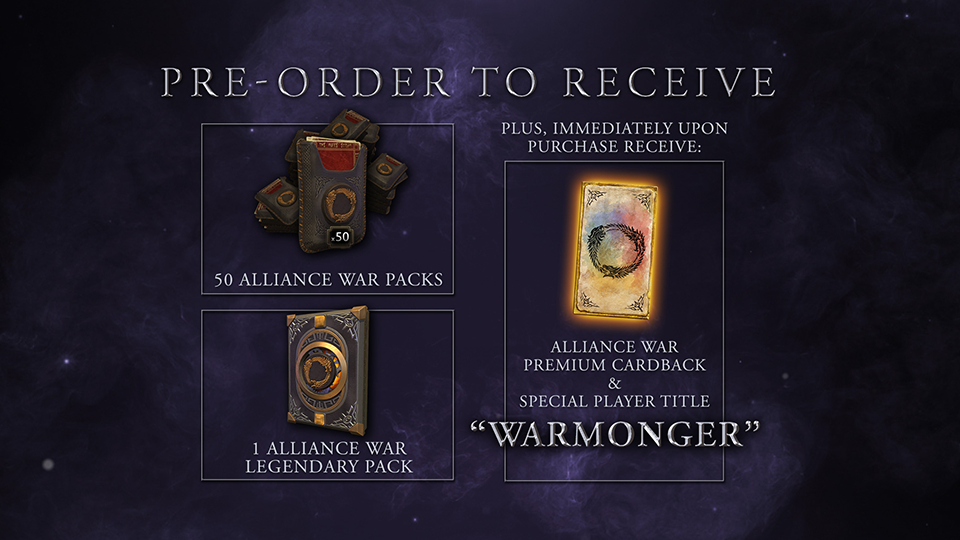 Thankfully, you won’t have to wait long to try your hand at the Throne – Alliance War releases worldwide April 15!