After looking closely at the current metagame and assessing community feedback, we have decided to make several changes to existing cards in The Elder Scrolls: Legends! While we’re confident that our upcoming story expansion, Isle of Madness, will have a healthy impact on the metagame, we believe that it is prudent to address some of the more pressing issues now - as well as improve upon a mechanic that we hope will see a bit more play from now on.

These changes will be going into effect as part of the upcoming Patch 2.5. With this patch, we’re also changing how we handle refunds for rebalanced cards. We wanted to be more generous to affected players, as we understand how disruptive balance changes can be, as well as simplify what was previously a confusing system. The way it works now is that you will get to keep your card and the next time you log in to Legends (within three weeks), we will simply credit your account with the difference in Soul Gems between its Soul Summon cost and its Soul Trap value, based on how many copies of each card you own (up to three).

For example, if you own two copies of an Epic card that got nerfed, we will give your account 600 Soul Gems (since the difference between creating an epic card and Soul Trapping it is 300 Gems each). After this, you can either Soul Trap the card (which should give you the original 800 Gems back in case you Summoned them to begin with), or you can keep the card in addition to the 600 Gems you just got. This will be the case regardless of how you acquired the cards, so you don’t have to keep track of what you summoned, opened in packs, and so on.

Here are the changes: 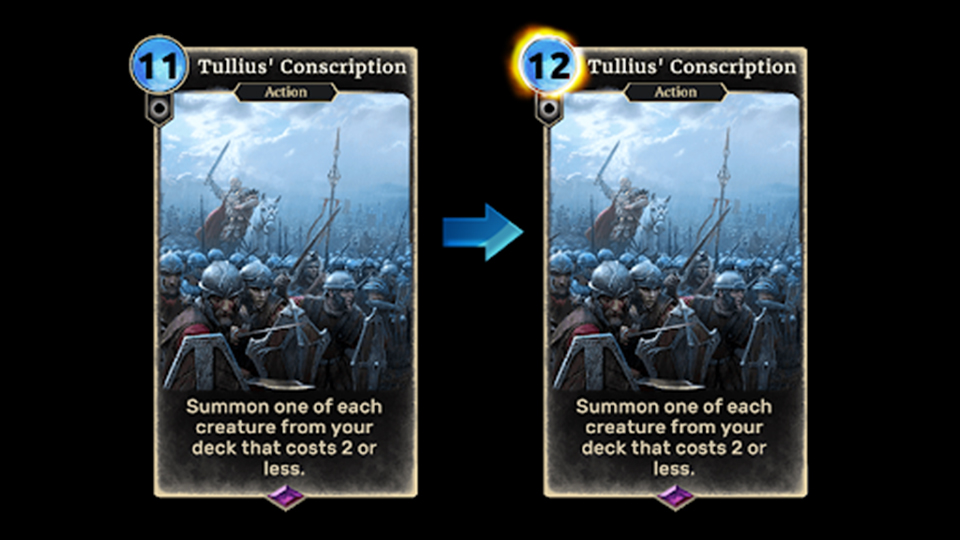 We don’t necessarily dislike what Tullius' Conscription is doing. There are always going to be expensive cards that are very powerful and it’s important that decks have an option to close games out that isn’t reliant on (or susceptible to) attrition.

However, Conscription is currently a little too efficient, which turns it into the default finisher for many of the decks prevalent on the ladder. Conscription is supposed to come with a deck-building cost but the implementation of 75 card decks has lowered the cost necessary to make Conscription a game-winning card, creating a gap between the late-game decks that can play it and the ones that can’t.

By increasing its cost to 12, we’re hoping to bring it in line with other expensive options (such as Paarthurnax, Odahviing, and Sotha Sil), which will ideally create a scenario where Conscription remains a good finisher for people who want to play it, but it isn’t always the automatic choice. 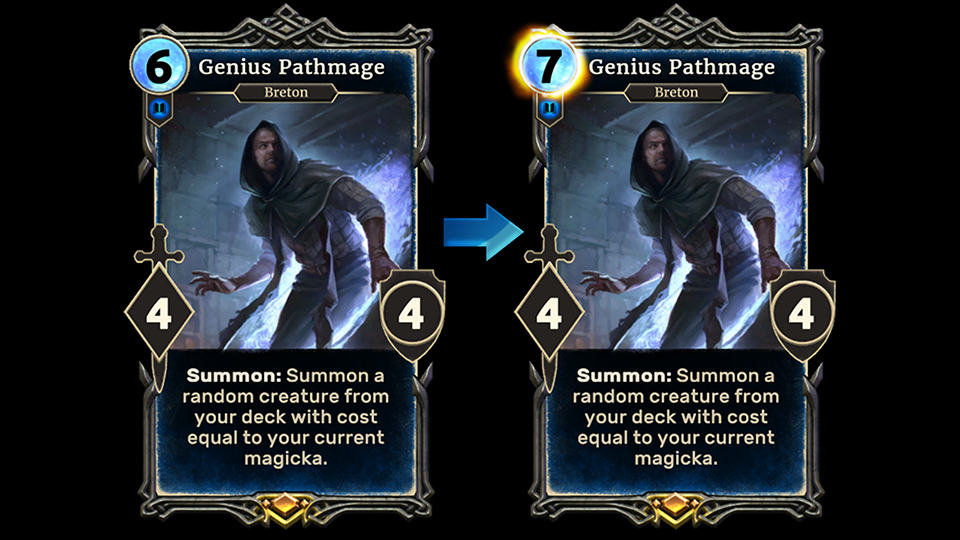 We believe combo decks are healthy for the game, but the Nix-Ox combo is a little too good and comes online a little too early. By bringing Pathmage’s cost up to 7, we hope to slow the deck down so that it remains viable but at a lower power level. The cost increase also makes it harder to flood the board with multiple Pathmages in the same turn, either via Doppelganger or additional Pathmage copies, again bringing the card more in line with other end game options. 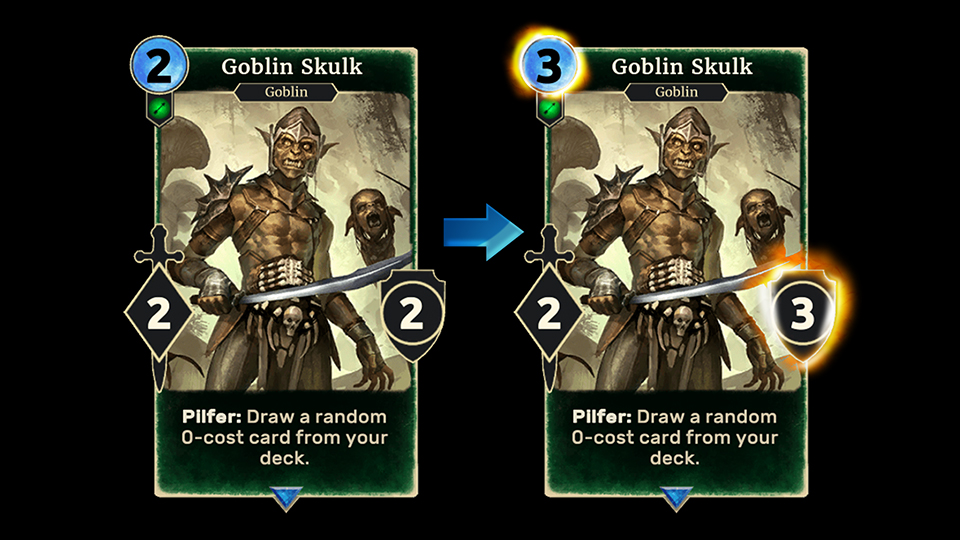 There’s no worse feeling than not having an answer for an opposing Goblin Skulk. Whether it’s searching for Curses, Cruel Fireblooms, Lesser Wards or simply Nord Firebrands, we’ve found that Skulk’s too good at snowballing a slight advantage into an overwhelming position, and the time window to answer it is too short. Having your Goblin Skulk live and connect is strongly correlated to winning, and a creature that costs only two Magicka should not single-handedly have such a strong effect on the outcome of the game.

At three Magicka, we’re hoping people will have a better chance to react to it. At the same time, we’ve bumped it to 2/3, which allows it to dodge some of the commonly played removal, so that players who are particularly interested in finding 0 cost cards can still have some success. 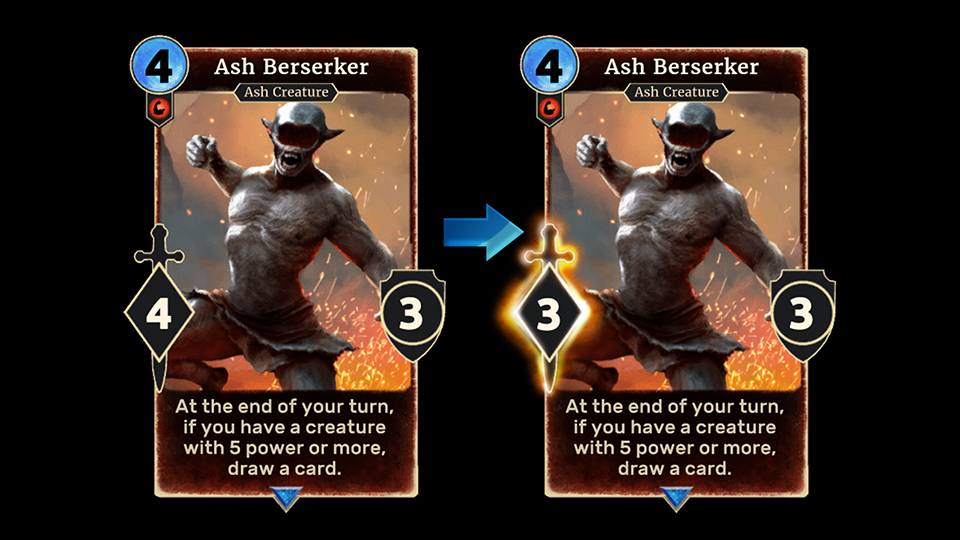 Strength has established itself as the clear choice for killing your opponent as quickly as possible. In the interest of increasing variety in the aggressive decks that are getting played and reducing the power level of some of the fastest decks, we wanted to make a change to one of the more problematic Strength cards.

Ash Berserker is currently too easy to self-activate. It’s supposed to be a card you have to work for, but its 4/3 stats mean that any sort of incidental buff (Fifth Legion Trainer, Orc-Clan Captain, Steel Dagger, and so on) already has you drawing a card. By changing it to 3/3, we’re making it so that you actually have to do some work to trigger it. 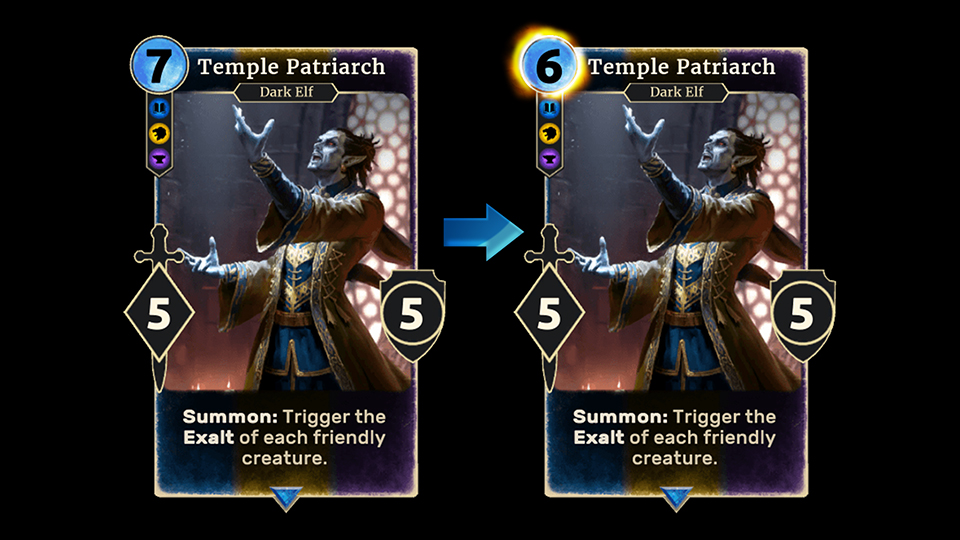 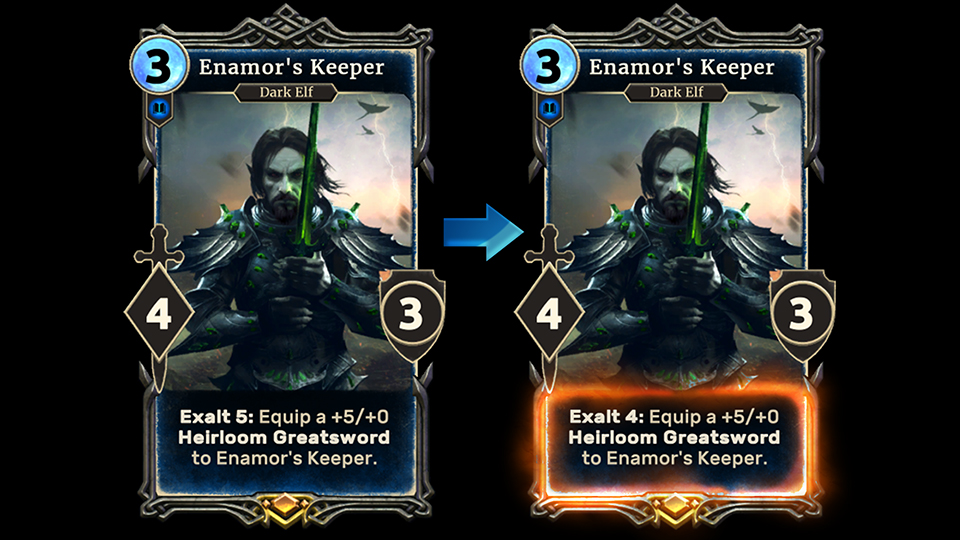 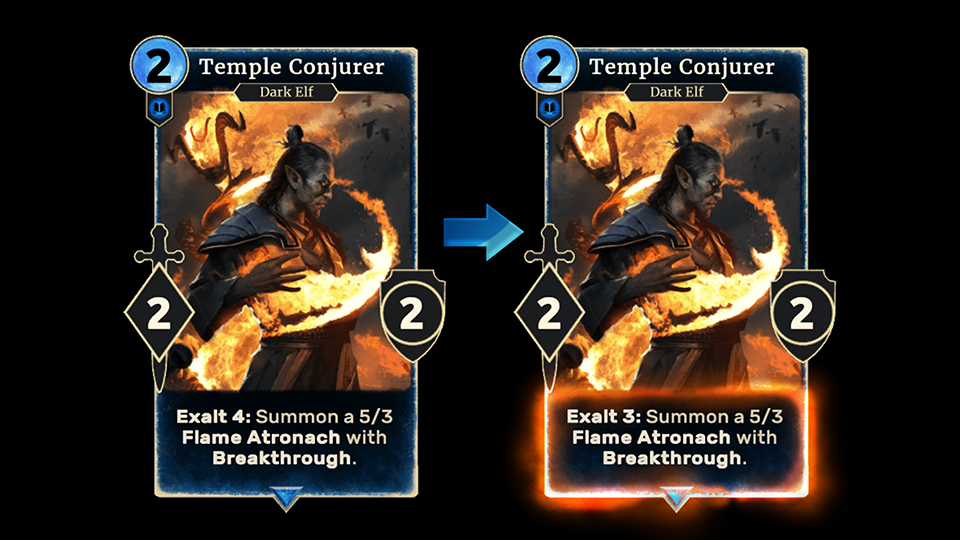 Exalt is a very interesting mechanic but the Exalt cards have never really seen the light of day at the highest levels. To remedy that we’re giving them a variety of buffs in the hopes that they can either be played individually or as a dedicated archetype.

Stay tuned for the full notes for patch 2.5 coming in the next few days!