In our previous balance patch, we addressed some cards that we believed were too much on the strong side. In this patch, we’re taking the opportunity to buff some cards and strategies that we’d like to see more play! 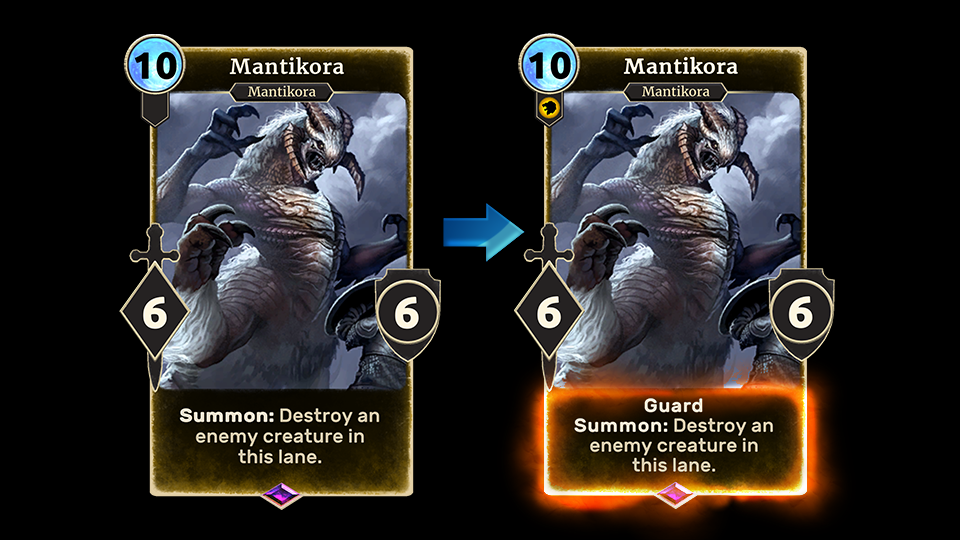 Mantikora, as a 10 cost 6/6, represents a real attacking threat while also destroying an enemy creature for a tempo swing. That combination is especially potent in the shadow lane, where Mantikora is often guaranteed an attack (unless, of course, it’s hit by an enemy Mantikora). We are nerfing Mantikora by giving it Guard to avoid this play pattern.

We’re joking, of course. Mantikora was an oppressive card in the past and has been nerfed twice throughout its history. Since then, however, more powerful cards have been released and Mantikora has been relegated to the sidelines. We’re giving it some of its power back so it can again present itself as a contender for the top end of Willpower decks. 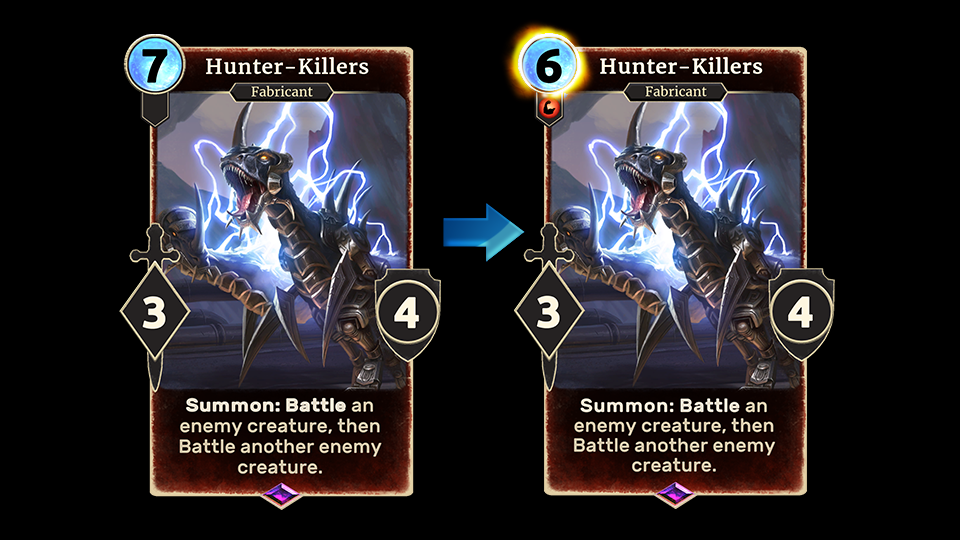 There are more ways to boost creatures in your hand now and we want players to have access to creatures that are worth boosting. There are already plenty of them in other attributes and we think that by lowering Hunter-Killers cost, it’ll present itself as a viable alternative in Strength. 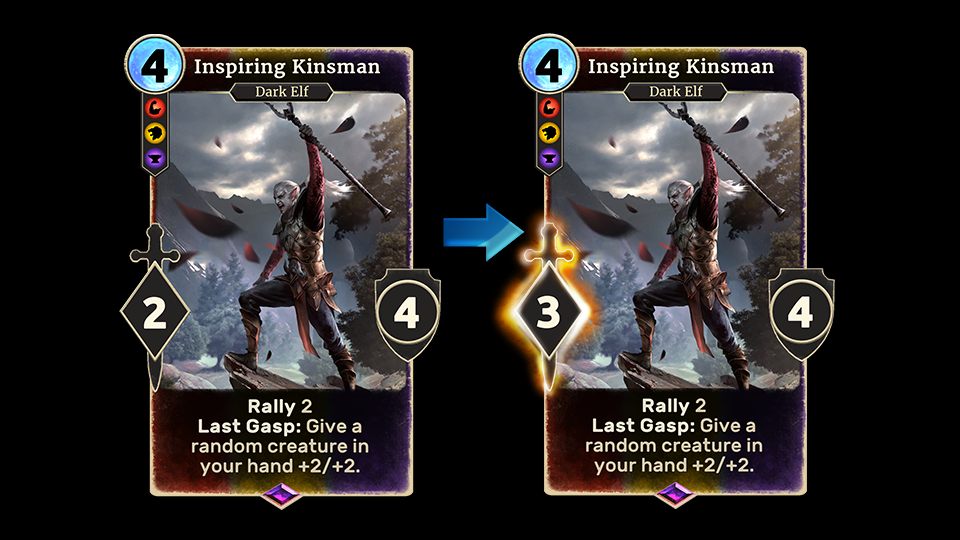 A small boost for Redoran Rally decks that should by now find themselves with plenty of creatures to Rally onto. 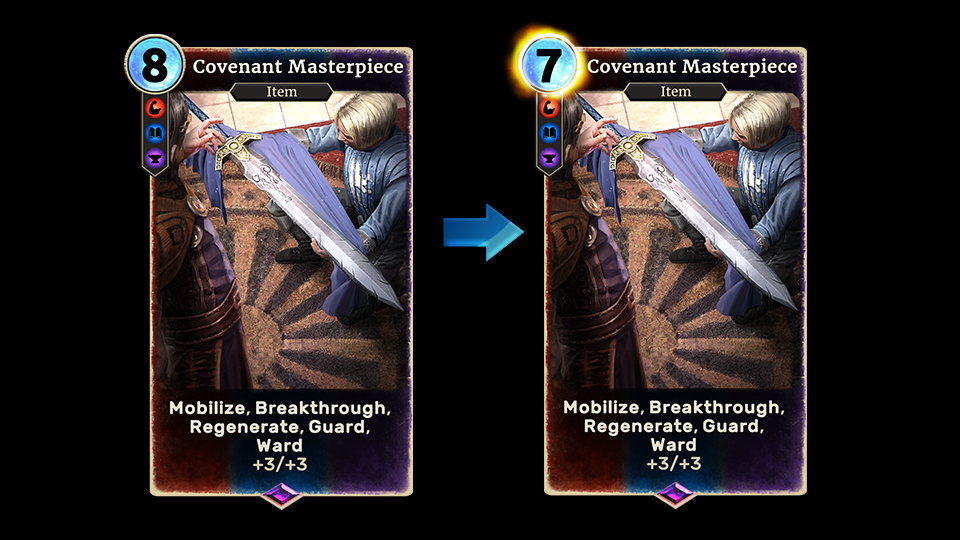 When we were designing Covenant Masterpiece, we were worried that making it cheaper would make it too easy to lock down the board in an item deck - particularly with Master of Arms. At this point this fear seems unfounded, so we’re giving it a new cost of 7 to promote Daggerfall Items a little more. 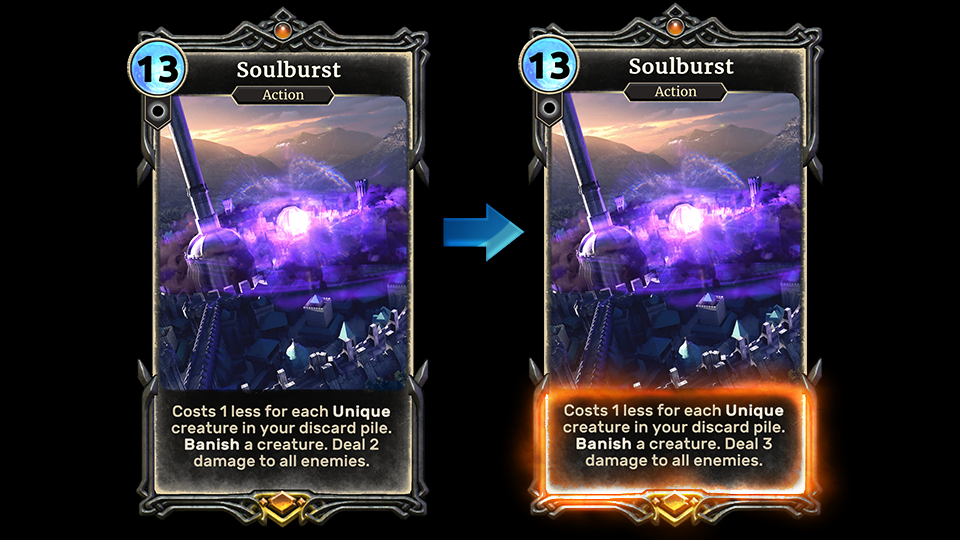 Soulburst is a powerful effect but comes with a very specific deckbuilding requirement that has made players shy away from it. We believe that, if players are going through the trouble of building their decks around Soulburst, it should come with an appropriate payoff, so we’re increasing its damage. 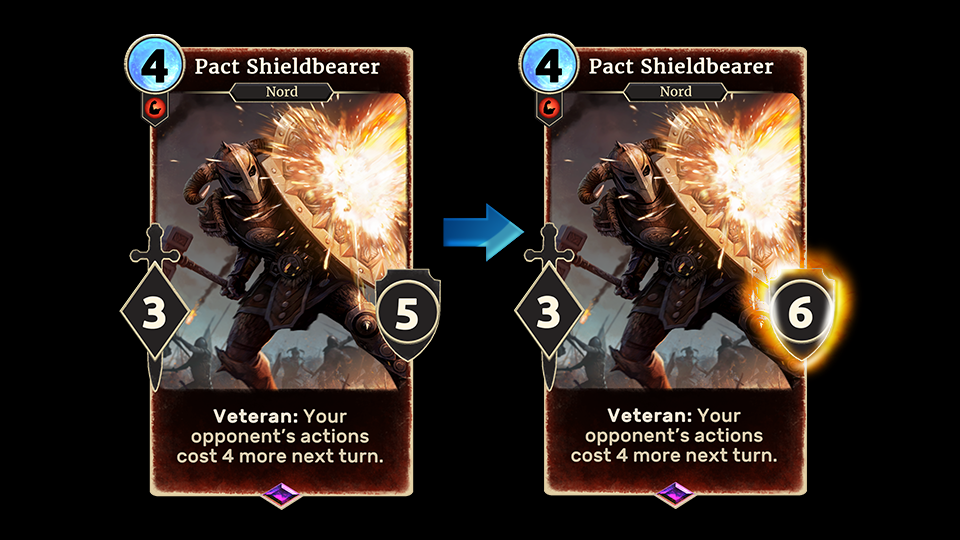 Veteran cards aren’t seeing much play, so we’re putting some more power into one of the more interesting ones. By making it a 3/6, Pact Shieldbearer should live long enough for you to pick the best moment for its Veteran ability to go off. 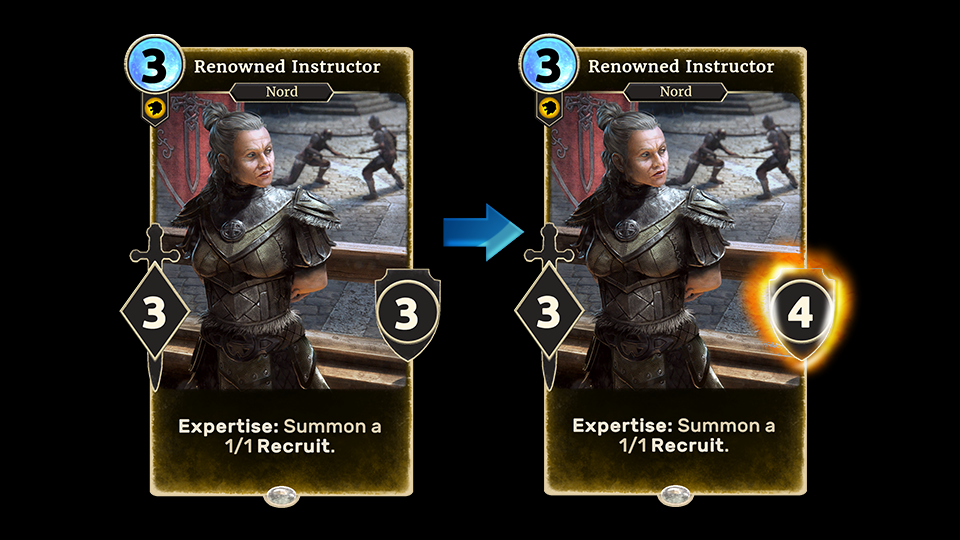 We think Renowned Instructor is a card that could fit thematically in several different decks, but right now its stats are too low to compete with the other three drops, so we’re giving it a small bump in health.