Lead your forces to victory in The Elder Scrolls: Legends’ newest event, the Arsenal Gauntlet!

Both lanes in this event have been changed! On the left is the Armory Lane, which grants a random friendly creature in that Lane +1/+1 whenever a creature is summoned into it. On the right is the Barracks Lane, which lets you draw a card whenever you summon a creature with four or more power into that lane.

Each run through the Arsenal Gauntlet costs three (3) Event Ticket or 500 Gold, up to three maximum runs. Players will receive one premium alt-art Eastmarch Crusader for each completed run, regardless of win count! 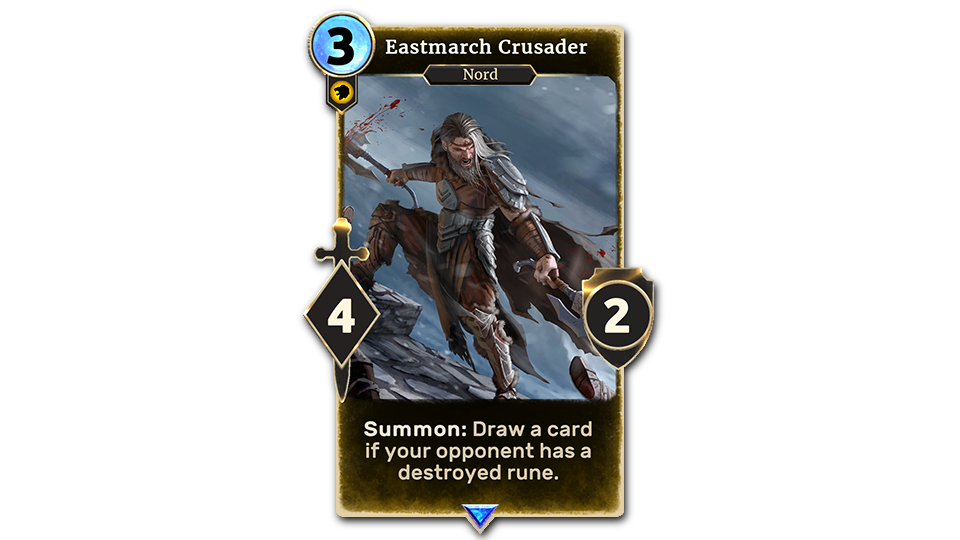 The Arsenal Gauntlet begins Friday, September 11 at 12pm ET and closes at 12pm ET on Monday, September 14. Events in The Elder Scrolls: Legends change regularly, so check in often to see what new challenges await!