Daedra and The Plan to Invade

We had our work cut out for us when we decided to have the next expansion to The Elder Scrolls: Legends focused on Oblivion. The setting is extremely rich and full of interesting places, memorable quests and captivating characters. It was a challenge to figure out what all we were going to include, but one thing we were always sure we would feature was the Daedric Invasion.

The Daedric Invasion is the main plot of The Elder Scrolls IV: Oblivion, and it’s also the focal point of the Jaws of Oblivion set. It pits the Daedric Forces (represented in Intelligence, Strength and Willpower) against, well, everyone else - the Blades, the Guilds and other unaligned denizens of Tamriel like Animals and Goblins (represented mostly in Agility, Endurance and Willpower).

The Daedric Invasion is portrayed in the set through a mechanic called Invade. There are several ways to Invade, whether it’s part of a creature’s ability or an action. 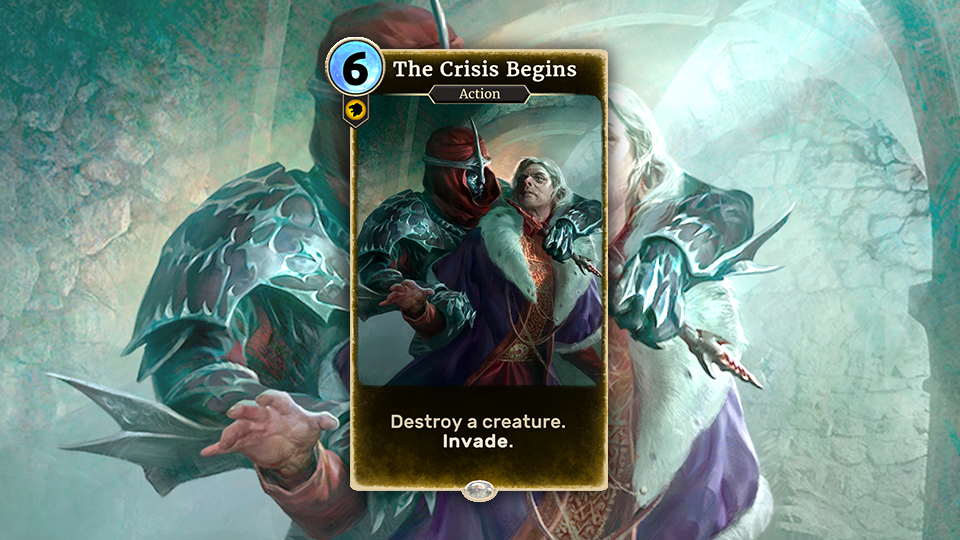 When you Invade, if you don’t have an Oblivion Gate, you summon one in the right lane. 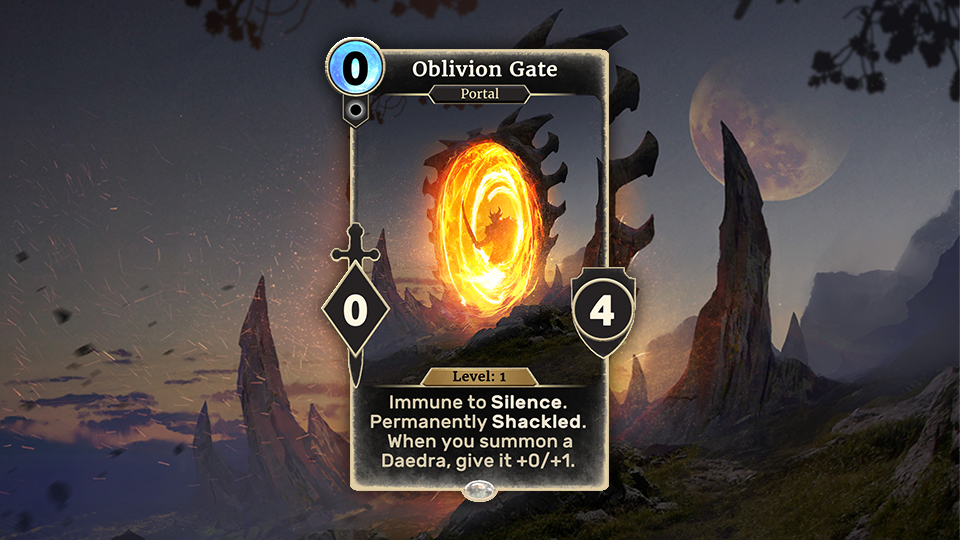 The Oblivion Gate enhances every Daedra you summon while it’s in play. At first, the Oblivion Gate is unassuming - it only gives one point of health to your Daedra. However, each time you Invade while an Oblivion Gate is already in play, you upgrade your current one by giving it two additional health and an extra ability.

After Level 5, your Oblivion Gate continues to gain two health and grants your Daedra an additional random keyword. This means that a Gate can instantly grant a newly summoned Daedra every keyword in the game if it goes unchecked for too long. As you can imagine, much like plot of The Elder Scrolls IV: Oblivion, you’ll want to do your best to close your opponents’ Gate (in this case, destroying them) before you’re overrun.

So how can you build a deck around Invade? Let’s look at a powerful new creature from Jaws of Oblivion that uses this mechanic. 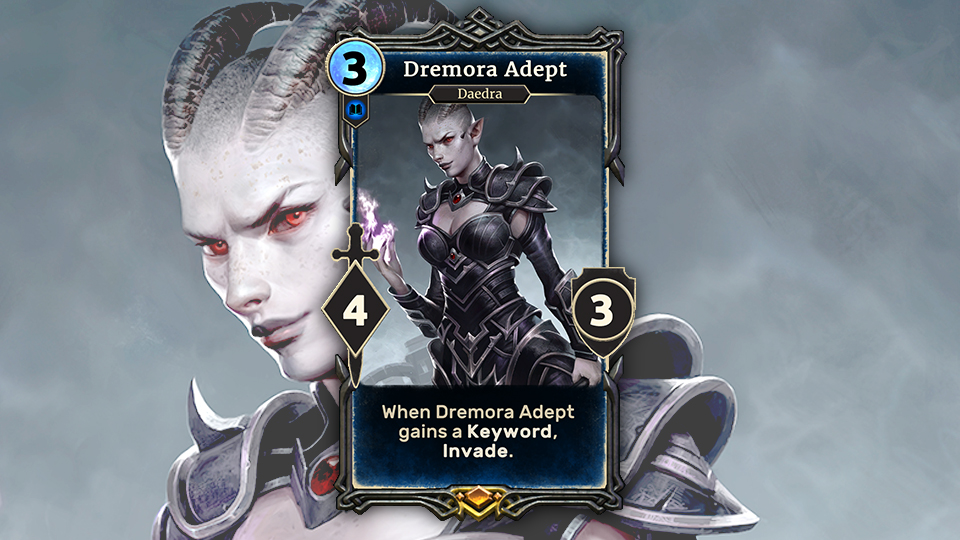 Dremora Adept serves as both enabler and payoff for Invade decks - it can kickstart your Oblivion Gate early on and it also rewards you for having a high level Oblivion Gate since it’s a Daedra itself. If your Gate is Level 4 or higher, it can Invade – possibly even multiple times – as soon as its summoned!

Other than giving bonuses to Daedras you summon, Oblivion Gates also matter for some cards that check your Gate’s level. Take, for example, Blast from Oblivion. 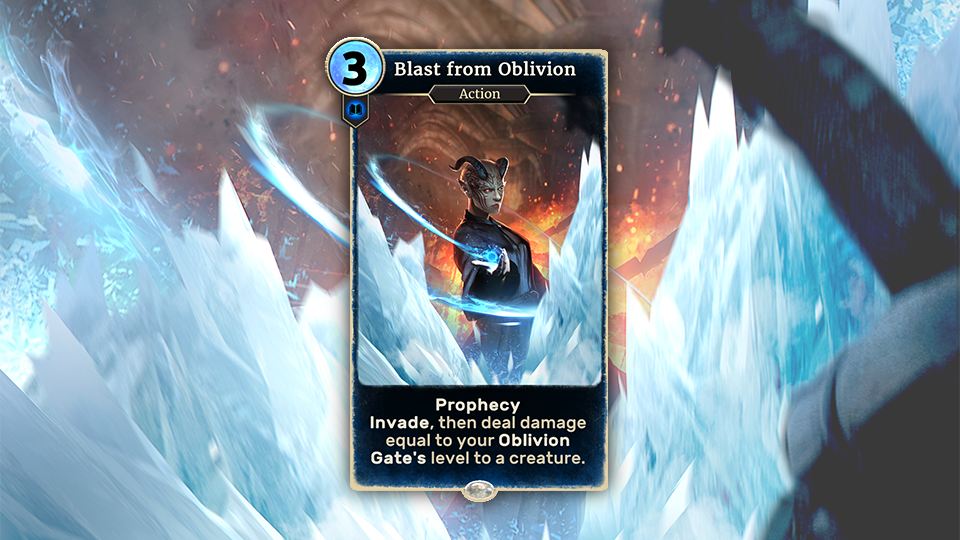 If you have no Oblivion Gates in play, Blast from Oblivion is a small effect that can still get the ball rolling. Later in the game, however, it can become a solid removal spell.

Oblivion Gates are only the first part of the Daedric invasion, though - after the Gates come the Daedra themselves. There aren’t that many Daedra in The Elder Scrolls: Legends outside of Jaws of Oblivion, so we added a lot more not just for flavor but to also justify the Invade mechanic. Many of the new creatures in this set are Daedra (some with the Invade ability, like Dremora Adept, and some without), and there are also cards that make Scamps, which are 1/1 Daedra Tokens. 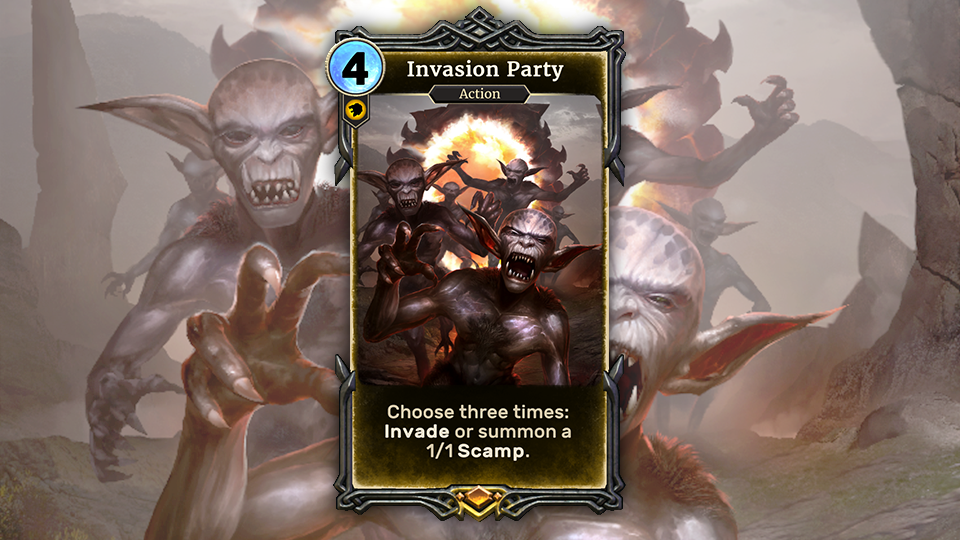 Invasion Party can create up to three Scamps, which count as Daedra and enjoy the bonuses from your Oblivion Gate. Three 1/1s might not seem like much, but with a decently leveled Oblivion Gate they can become 2/2s with a useful keyword attached!

Of course, we couldn’t leave out the organization that kicked off the Oblivion Crisis to begin with. Agents of The Order of the Mythic Dawn are spread across Intelligence, Willpower and Strength and though they are not Daedra themselves, they interact favorably with Invade cards. 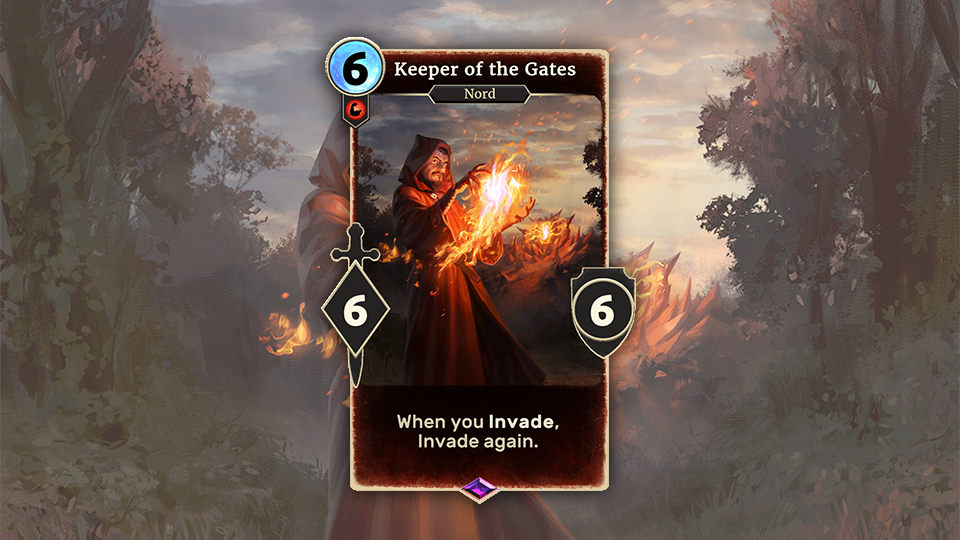 Of course, you can’t have a set influenced by the actions of The Order of the Mythic Dawn without its founder - Mankar Camoran! 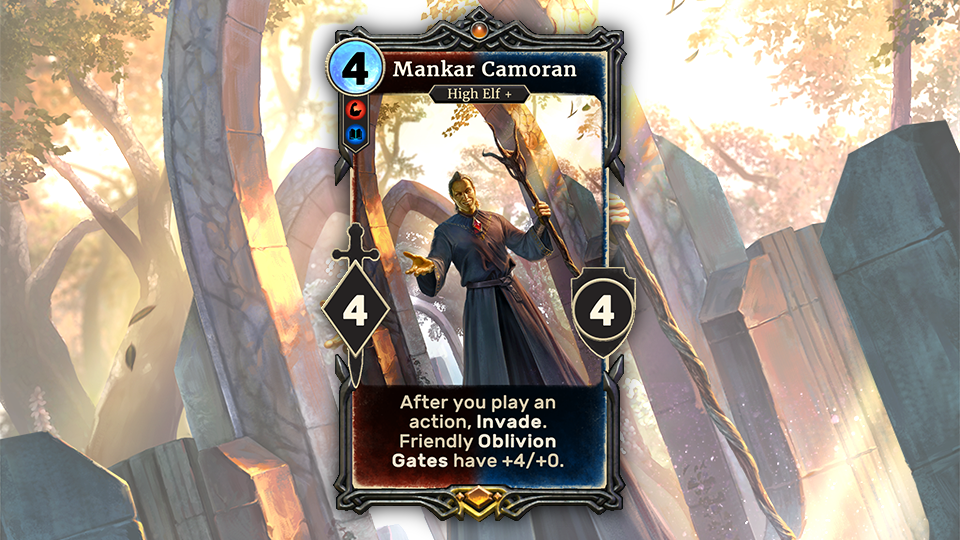 Mankar Camoran is one of two dual-attribute cards in Jaws of Oblivion and he doesn’t just help you Invade, but also helps protect your Oblivion Gates. The Gates still can’t attack, but they can now dish out damage when attacked as well as dodging certain removal cards like Execute.

We hope the flavor and gameplay of the Daedra and Oblivion Gates resonate with The Elder Scrolls: Legends’ newest mechanic, and we hope you have fun coming up with several different styles of decks when Jaws of Oblivion launches soon!