UPDATE 6/29 The Elder Scrolls: Legends Heroes of Skyrim expansion is now available across all platforms! Get an in-depth look at some of the new cards and features here.

The Elder Scrolls: Legends is about to get a lot more… dragon-y. During Bethesda’s E3 2017 Showcase, the Heroes of Skyrim expansion was announced. This brand-new set of over 150 cards will include new mechanics like Shouts, familiar characters, and, of course, dragons… lots of dragons. Heroes of Skyrim will be available on June 29 on all platforms. 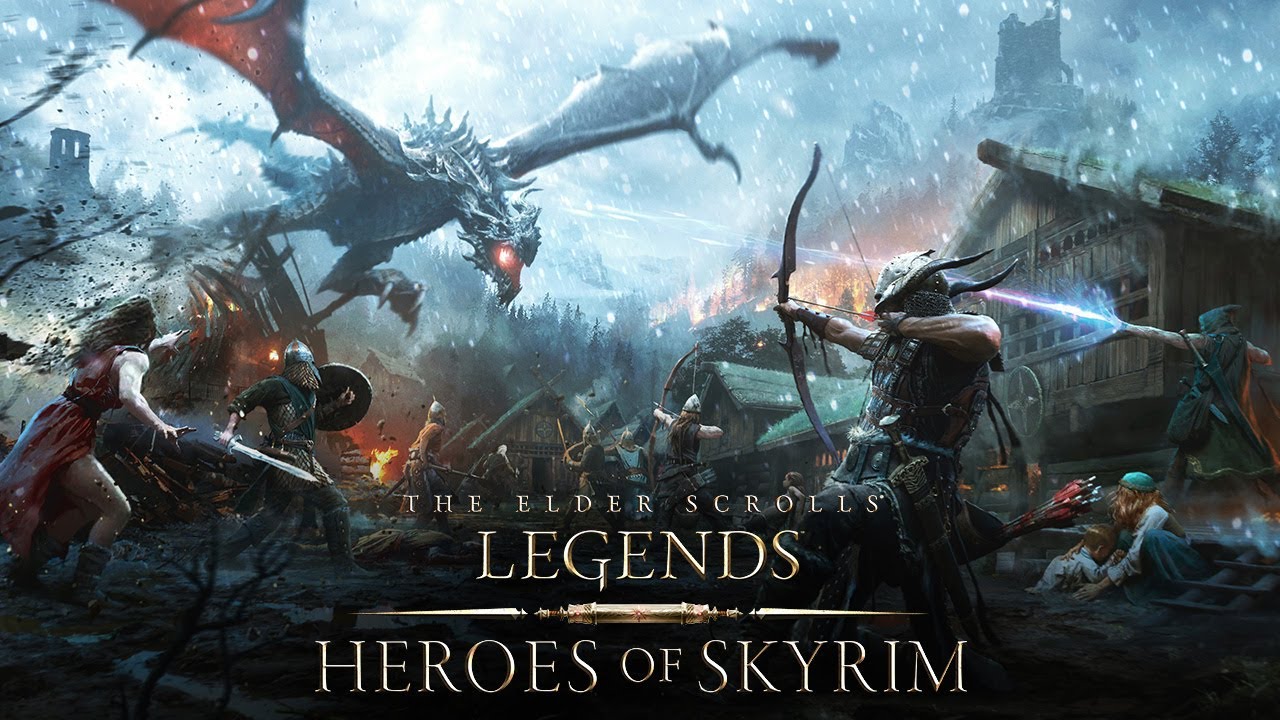 Heroes of Skyrim reintroduces some of our favorite characters from The Elder Scrolls V: Skyrim, including allies like Aela the Huntress, J’Zargo and Delphine, as well as some Dragons of legend like Alduin and Paarthurnax. The Dragons in Heroes of Skyrim appear across all attributes, and many will reward players for playing them with other Dragons. One of the biggest new gameplay changes in Heroes of Skyrim is the introduction of a couple of new keywords, namely the Shouts. Much like in The Elder Scrolls V: Skyrim, Shouts have three different levels that increase in power. Where in Skyrim you would be able to “level up” a Shout by finding words of power, your Shouts in Legends power up the more you use them. The first time you play a Shout, you get its first level. The second time, you get the second level, and the third time… well, you get the picture. There are even cards that progress your Shout cards more quickly, which we’ll talk more about soon. The Companions are represented by a spin on the Change ability introduced in The Fall of the Dark Brotherhood. Companions will change into their Beast Form when you break a rune. Beast Forms are often more powerful, and bringing the beast out can even trigger abilities. For a look at everything Bethesda revealed at this year’s Showcase and E3, head to: Bethesda at E3 2017