The Elder Scrolls: Legends’ next event takes players to the snowy reaches north of Tamriel to battle for gold and glory. It’s time for the Skyrim Gauntlet!

The rules are simple for this event: Players must construct a deck using only Core Set and/or Heroes of Skyrim cards. To make things interesting, we’re unlocking all cards from both sets for the Skyrim Gauntlet to allow players to build decks with cards they don’t originally own!

For each completed run through the Skyrim Gauntlet, players will also receive a premium alternate copy of Crusader’s Assault! 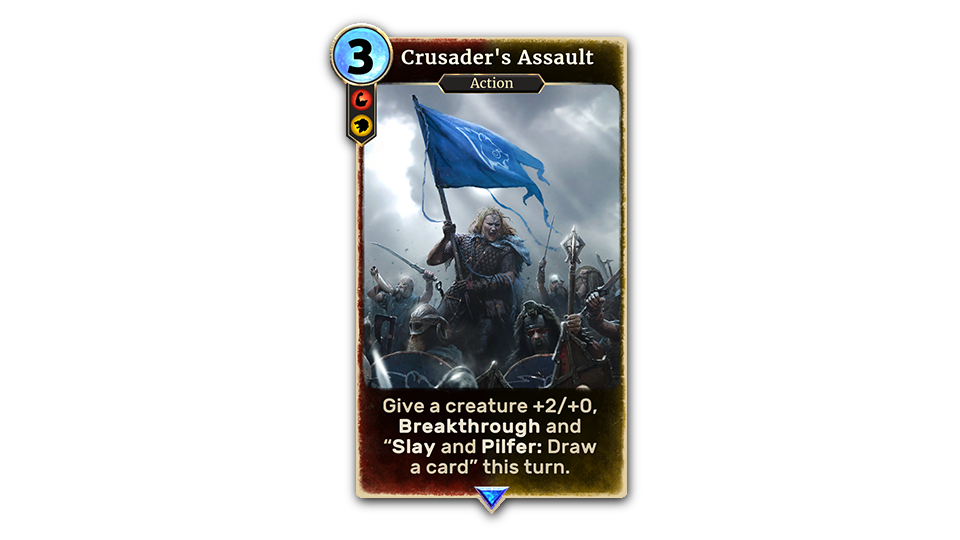 Entry into the Skyrim Gauntlet costs three Event Tickets or 500 Gold per run, up to three maximum runs allowed. With each victory, you’ll earn greater rewards while also ranking up on the leaderboards. If you wind up a top-ranking player, you could receive even more rewards!

The Skyrim Gauntlet begins Friday, February 7 at 12pm ET and closes at 12pm ET on Monday, February 10. Events in The Elder Scrolls: Legends change regularly, so check in often to see what new challenges await!